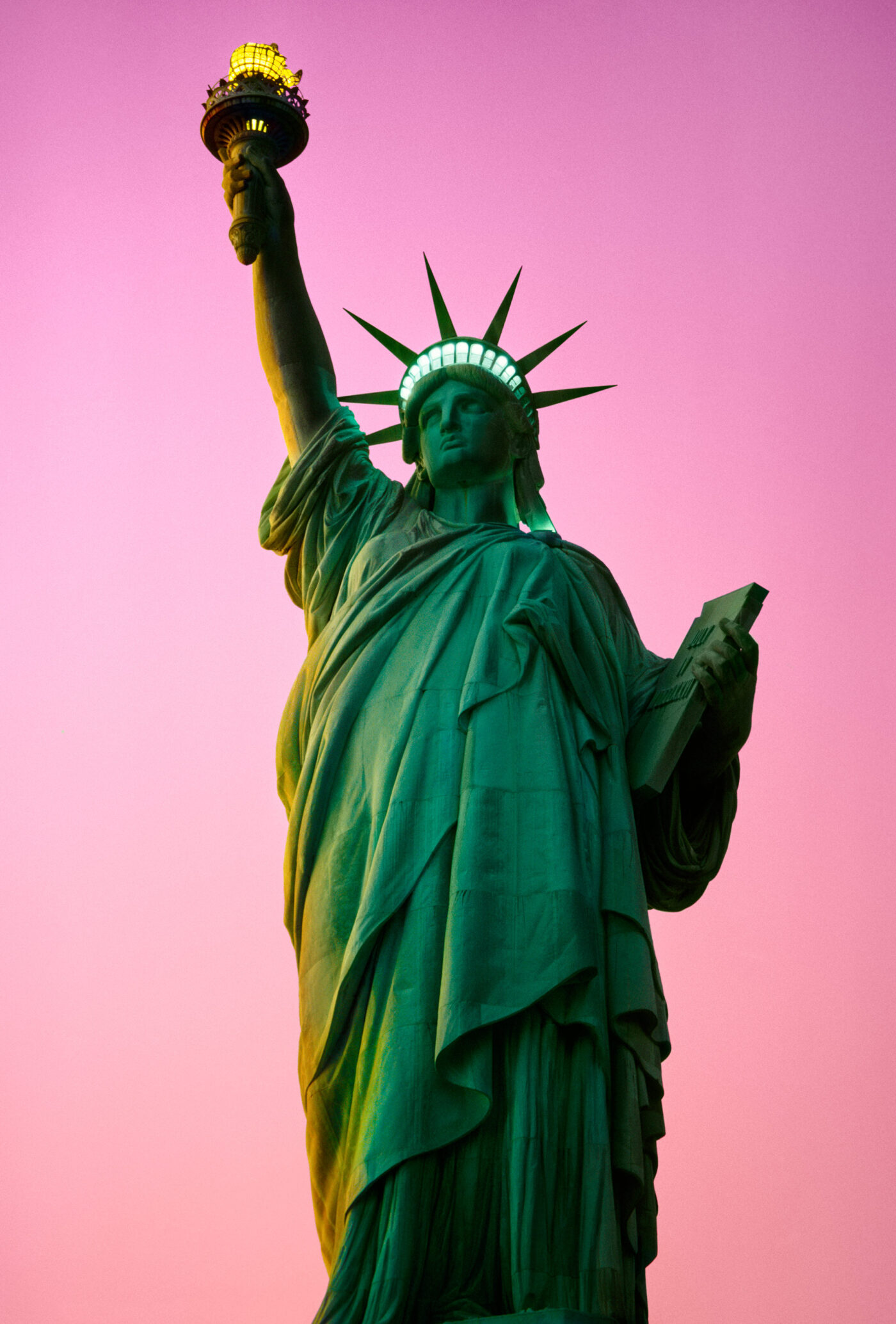 In the early 1980's, with permission from the U.S. National Park Service, I was allowed to go to the Statue of Liberty National Monument for an overnight so that I would be able to capture on film sunset and sunrise, which would be impossible on the tourist ferry during the day.

The sky was clear for sunset, so I was able to get the Statue with the lights on at twilight. I slept on the grass with just a sleeping bag and small tarp.

During the night the fog rolled in. It was very damp and cold with many ships passing by with their fog horns blowing.

Sunrise was clear again and beautiful… A Park Ranger gave me a special tour inside the statue all the way up to the crown before packing up and heading back to New York City.

Freelance photographer Paul Chesley was born in Red Wind, Minnesota. He has been shooting assignments for the National Geographic Society since 1975, completing more than 35 projects. His greatest enjoyment is working on international projects, capturing the culture and beauty of Asia and the South Pacific and the lives of people.

Chesley's work was included in the National Geographic Society's exhibition, "The Art of Photography at National Geographic: A 100-Year Retrospective" at the Corcoran Gallery of Art in Washington, D.C. His images have also been exhibited in museums in London, Tokyo, New York, and Honolulu. His photographic essays are featured regularly in Life, Fortune, GEO, Stern, Newsweek, and Time.

Books featuring Chesley's work include The Circle of Life, Thailand: Seven Days in the Kingdom, Indonesia: A Voyage Through the Archipelago, Malaysia: Heart of Southeast Asia, Mauritius, Bangkok, Passage to Vietnam, Hawaii, Colorado, and America: Then & Now. He photographed the book Minnesota and National Geographic's The Rocky Mountains. Chesley has also contributed to the A Day in the Life series, The Mission, documenting the Mormon faith around the world, and Planet Vegas: A Whole Other World.