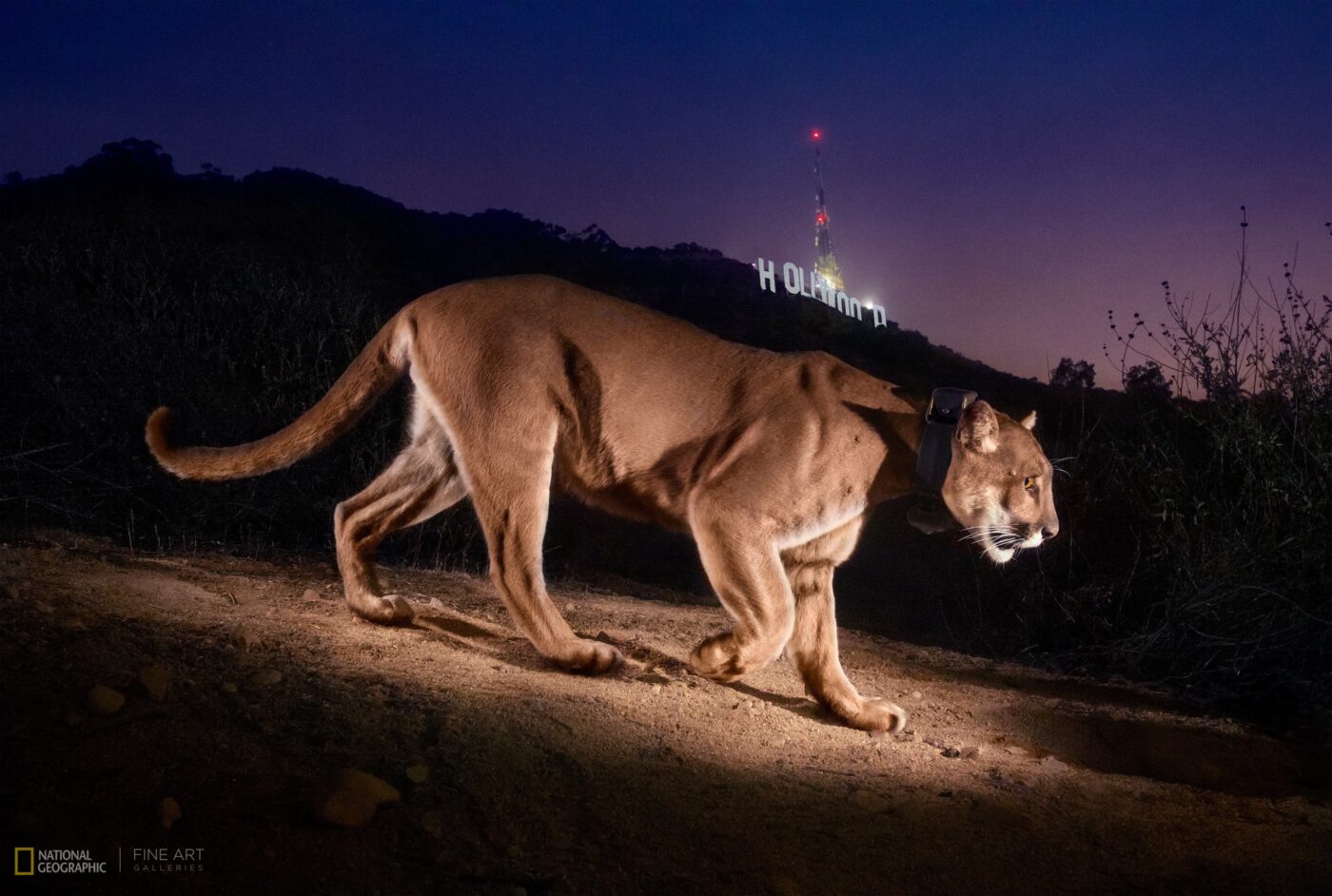 “The story behind this photo began in 2011, when I met Jeff Sikich, who monitors and collars mountain lions in the largest [urban] national park in the United States, the Santa Monica Mountains National Recreation Area, north of Los Angeles. All these movie stars live within it. There are also about 20–30 mountain lions. I said, 'Wouldn’t it be cool to get a picture of a mountain lion with the Hollywood sign?'

Jeff thought I was crazy. But eight months later I got a text saying, 'Call me, NOW!' They had gotten an image of a mountain lion that had walked underneath George Clooney’s house in the Hollywood Hills, crossed the two busiest freeways in the U.S., the 101 and the 405, and ended up in Griffith Park, where it lives today! [Laughs]

It took me 15 months to get the shot! I put six cameras in different locations to try to find where it walked until we found it liked this trail to the left of the Hollywood sign. I then found locations that I thought, compositionally, would make a beautiful photograph and installed a remote camera with two flashes inside a steel box chained to a tree, so no one could steal it. The key thing was to find an area where the background was black.
This shot is a four-second exposure, which illuminated the Hollywood sign but didn’t blur the cougar because there’s black behind it.

The image galvanized the community in Los Angeles by showing people an animal that they know exists—but [one] they didn’t know they live right next to. As a result, James Cameron, the movie director, and other Hollywood people raised almost three million dollars to put the largest wildlife overpass in the world over the busiest highway in the world.” 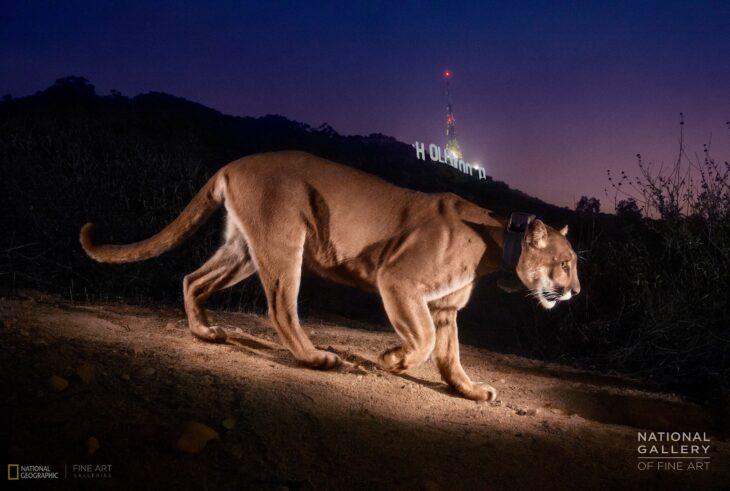