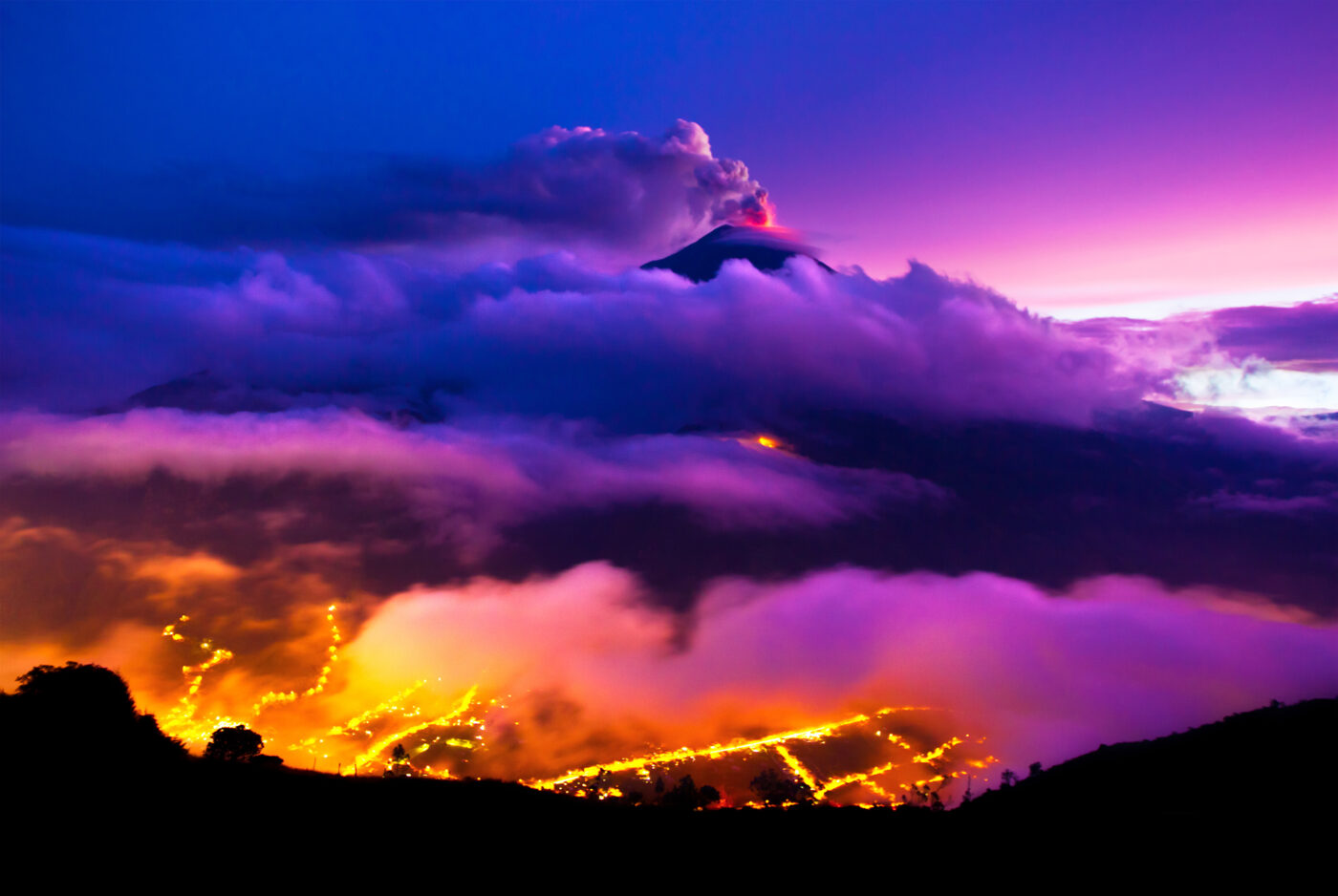 The Tungurahua volcano rumbled to life after sleeping for many years. As news of the pending eruption spread, Mike Theiss darted to the nearest airport. Arriving in Ecuador in the early morning, Mike returned a car and drove toward the Tungurahua, using its rising ash plums as his navigation.

Every blast of molten lava that shot out of the volcano’s peak produced a loud explosion sound that bounced off the surrounding mountains and echoed throughout the valley, shaking up the buildings in the city of Baños de Agua Santa, Ecuador. Mike camped out of his rental car on an adjacent mountain for five nights to capture this amazing piece. The majestic scene of extreme nature was taken on an evening when the clouds rolled in just after sunset. 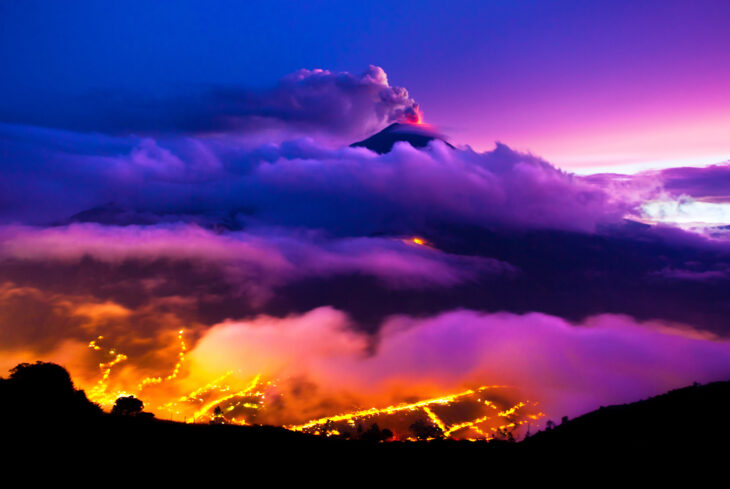